Home » About us » Staff Directory » 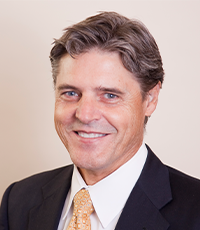 Lucy served as the Director of the Economic Development & Finance (ED&F) Division of the North Dakota Department of Commerce, from October 2006 to January 2017. The ED&F Division delivered North Dakota programs and project support to communities and stakeholders across North Dakota to attract, expand and start-up businesses.

Prior to assuming responsibilities with the ED&F, Lucy was the Senior Vice President of the Greater Fargo Moorhead Economic Development Corporation in Fargo, North Dakota. While with the GFMEDC, he was responsible for the development and implementation of the corporation’s strategic marketing efforts which were targeted at the development of primary sector businesses in Cass County, North Dakota and Clay County, Minnesota.

Prior to his position with the MADC, Lucy was the Executive Director of the McKenzie County Job Development Authority and McKenzie County Tourism Bureau in Western North Dakota. He began his career in business development and planning in 1989 when he began working for the Souris Basin Planning Council, a seven-county regional development organization, as the organization’s business development specialist. Lucy interned with the Small Business Development Center (SBDC) in Minot in 1989. He was the first intern hired by the SBDC’s in North Dakota.

Lucy is a North Dakota native originally from the Powers Lake, ND area where he grew up on his family’s farm/ranch. He worked in the oil industry during a seven-year period from 1978 to 1985. He is married to Bonnie Lucy and has three boys: Zachary, Jordan and Alexander.