6 Forgotten Technologies Hackers Could Use to Infiltrate your Manufacturing Network 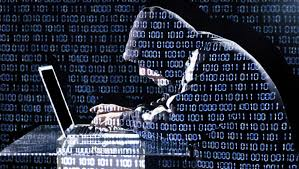 Cyberattacks against manufacturing companies continue to grow. As a matter of fact, over in the UK alone, 48 percent of manufacturers claim to have been victims of an attack in 2018. And, according to Verizon’s 2018 Data Breach Investigation Report, 47 percent of all attacks in manufacturing involved the theft of intellectual property, with 66 percent of attacks happening from hacking and 34 percent from malware.

Because manufacturers operate with a complex combination of platforms and systems of varying ages and degrees of specialization (complicated by the shift to Industry 4.0), it can be particularly challenging for IT to provide reliable security across the entire hyperconnected and increasingly complex network. Old appliances and technologies typically aren’t a high priority for security and can often be forgotten, unpatched and left vulnerable. With external hackers accounting for 89 percent of all attacks in manufacturing, you should expect that cyber criminals leave no hardware unturned when it comes to finding an entry point into the networks. They know that many manufacturers are running outdated systems with readily exploitable vulnerabilities, or that they’re transitioning to new, more connected technologies that often have additional security concerns, such as IoT.

In fact, the back offices of manufacturing and factory facilities present a very legitimate—yet often neglected—attack vector that attackers can infiltrate to make lateral movements through an organization’s network and even into the manufacturing floor. While a lack of investment in cybersecurity is one of the biggest risk factors for manufacturers, there are also several older technologies that can be found throughout most manufacturing facilities—everywhere from the back office, to the factory floor—and should be phased out or patched to help shore up holes in the network. Here’s a list of devices you may be overlooking:

While old appliances and technologies contribute to the insecurity of your manufacturing network, today’s cybercriminals take a multi-prong approach when attacking organizations. It’s no longer enough to just secure the network and computing devices. Hackers are targeting employees with email and social media scams, and even dumpster diving to get documents that haven’t been shredded. As you move forward with your security strategy, remember to always have visibility into your connected devices, scan often, and keep devices (old and new) updated.