8 Reasons Manufacturing Is Great for America

In a scathing rebuke of the importance of U.S. manufacturing in The New Yorker (“What’s So Great About Manufacturing?”) James Ledbetter attempted to dismantle the benefits of manufacturing in our transformational age. Ledbetter, who is editor of Inc. Magazine and this website, is wrong. Here are 8 reasons U.S. manufacturing is great for America and critically important to focus policy solutions to help this job machine thrive.

Despite Ledbetter’s claims manufacturing jobs are “decidedly unpleasant,” they create middle class wages (average pay is $77,500+ per year including benefits) and 95% of the jobs come with health insurance. Any job is a good job however factories pay better than retail and food service. Not everyone can be a doctor or a scientist or even a writer in Manhattan.

In my hometown of Baltimore, we have pockets of the community that have over 30% unemployment. When people have no job, they have no hope and have to accept handouts to pay their bills. Manufacturing is a way out for many. We are an industry that bootstraps people out of poverty. Many manufacturing jobs do not require four-year college degrees but pay well. Everyone of one my employees owns a car and more than half own a home with access to health insurance, vacation and 100% education credit. Does The New Yorker offer that to all of its employees?

3. Manufacturing creates wealth for a nation.

Buying imported goods and consuming imported products makes a country poorer. Creating products that are sold the world over (think Boeing airplanes or Caterpillar tractors) makes our nation stronger because we get more hard cash. My company, MARLIN STEEL, exports to 39 countries and imports nothing. This is how a country gets economically stronger.

4. Manufacturing is critical during wars.

Enemies will not provide goods for us during wars. When we unfortunately find ourselves in another war, our adversaries will not provide sustenance. We have to make it here, better and faster than them–or we will lose the war. Our factories were the arsenal for democracy during World War II, supplying the tanks, airplanes, guns and bombs for our own soldiers and all of our allies to beat the Nazis and the Japanese. Do we have enough factories to support the world again when the inevitable happens?

5. Factories are safer than ever before.

At my factory, we have gone over 2,422 days without a safety incident and our teammates are not “wusses” if they wear safety gear. Nationwide, U.S. factories are embracing worker safety and making it Job No. 1. Mr. Ledbetter should peruse OSHA’s list of SHARP factories that have created a culture of worker safety. There was a time when safety was not of paramount importance, but we have come a long way since then, along with other advances in medicine, transportation and the Internet. Times change and this is a positive development for the U.S. worker.

6. U.S. factories are the clean ones.

7. Workers with good jobs are more likely to be healthy.

Contrary to Ledbetter’s assertion that manufacturing workers have higher rates of alchoholism, workers with good jobs are more likely to be healthy. Why? They have hope and a place to be every day where you have to be sober. It is more depressing to be unemployed than to be working.

8. Manufacturing research is a creativity machine.

U.S. manufacturing generates 75% of private-sector research and development. Innovations generated by manufacturers keep our nation competitive and enable us to be on the forefront of new technologies and create a moat around the lucrative manufacturing jobs we created.

Manufacturing supports one in six private-sector jobs and, if taken alone, would be the ninth-largest economy in the world. Our mission should be to identify ways to grow this pie. Despite Ledbetter’s embrace of Karl Marx quotes, U.S. capitalism and our middle class desperately need a strong growing manufacturing sector. 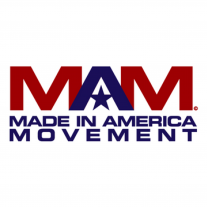 The Made in America Movement Team

Established in 2010, The Made in America Movement is the leading independently owned, non-partisan organization promoting businesses in the USA, reaching over 300,000 American consumers. For membership and/or sponsorship/advertising inquiries please send us an email: info@themadeinamericamovement.com