The Revolution Will Be Driverless: Autonomous Cars Usher In Big Changes 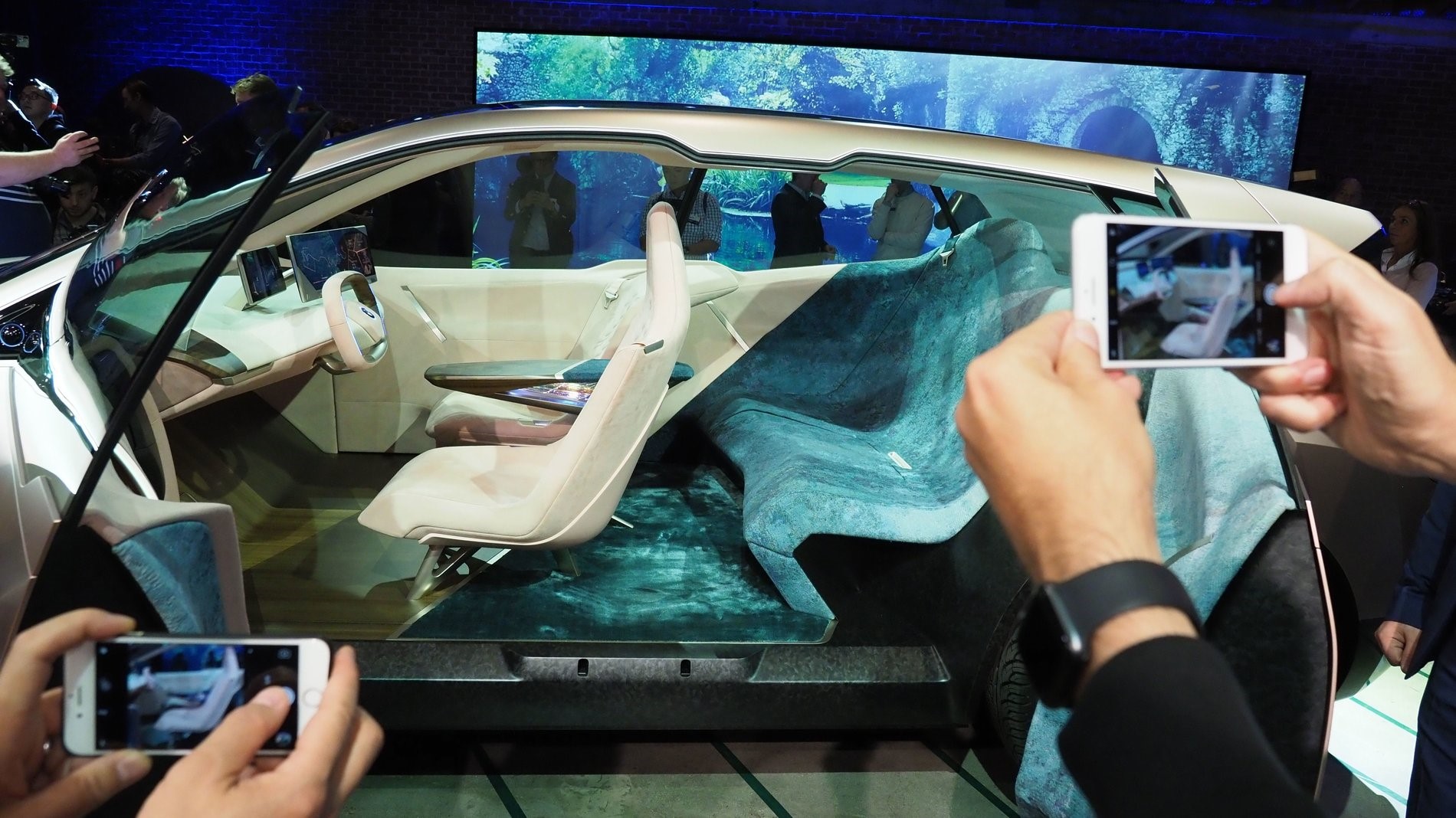 Attendees preview the BMW Vision iNEXT autonomous electric car at a special unveil event ahead of the LA Auto Show on Nov. 27, 2018.

Imagine driving alone in your car, but instead of sitting behind the wheel, you're dozing in the backseat as a computer navigates on your behalf. It sounds wild, but former New York City traffic commissioner Sam Schwartz says that scenario isn't so far off the mark.

"I was a New York City cab driver back in 1968, and I watched transportation evolve over time. I have never seen anything as rapid as what has happened this decade," Schwartz says. "Autonomous vehicles are coming."

While Schwartz doesn't know exactly what the autonomous vehicle of the future will look like, he notes that it may not look anything like today's cars. It might not have a steering wheels or brakes, he says: "It could be a room any size; it could be a conference room."

Beyond aesthetic differences, Schwartz predicts that driverless cars will transform roads, job and economies. He notes that while repair shops, trucking companies and car dealerships may lose business, other industries — including the advertising industry — stand to flourish with a captive, backseat audience.

Schwartz examines the benefits and drawbacks of driverless cars in the book, No One at the Wheel.

There's no reason to think [a driverless car is] going to look like a car, other than that's what we're used to.

I liken this a bit to the cellphone. In 1982, I was traffic commissioner. I had one of the first cellphones that I could use during emergencies. And the cellphone came — with a man carrying it — on a 12-volt battery and this huge phone. And today, the cellphone of today doesn't look anything like the cellphone that I had in 1982. ... The same thing can happen with cars. ... There's no reason to think it's going to look like a car, other than that's what we're used to.

No One at the Wheel

On the broader impact of autonomous vehicles

I think everybody is expecting fewer drivers, and that's no surprise. But it also means that they're probably going to be fewer repair shops. ... AVs lend themselves to fleet operations, especially if they're going to be offering rides, as opposed to selling maximum vehicles, so car dealerships may disappear.

So this is going to have wide impacts. Truckers, of course, are going to be impacted. ... But lots of industries will be affected. The insurance industry, certainly, will be affected, since we will have fewer crashes, and about a third of the insurance industry is based on crashes. And if we have fewer crashes, there are going to be fewer cases in court. There'll be less of a burden on the court system.

On automated safety features that exist in today's cars

I have a car, a 2017 Volvo, that will stop on its own if I'm not paying attention and about to rear-end another car. There are features that will let me know if I am leaving the lane. The car itself will tug and tell me that I'm crossing a lane. And so if I'm drowsy, if I'm not paying attention or if I had too much to drink — which I would never do — I would know that. I know that there's a warning if there's a car in my blind spot and I'm trying to change lanes.

On the safety record of autonomous vehicles

This is really an industry that has tons and tons of data, but they're not sharing it with the public. The only data that's accessible is the state of California, which is reporting anytime there is a crash when a vehicle is an autonomous mode, and so far the results are not good. 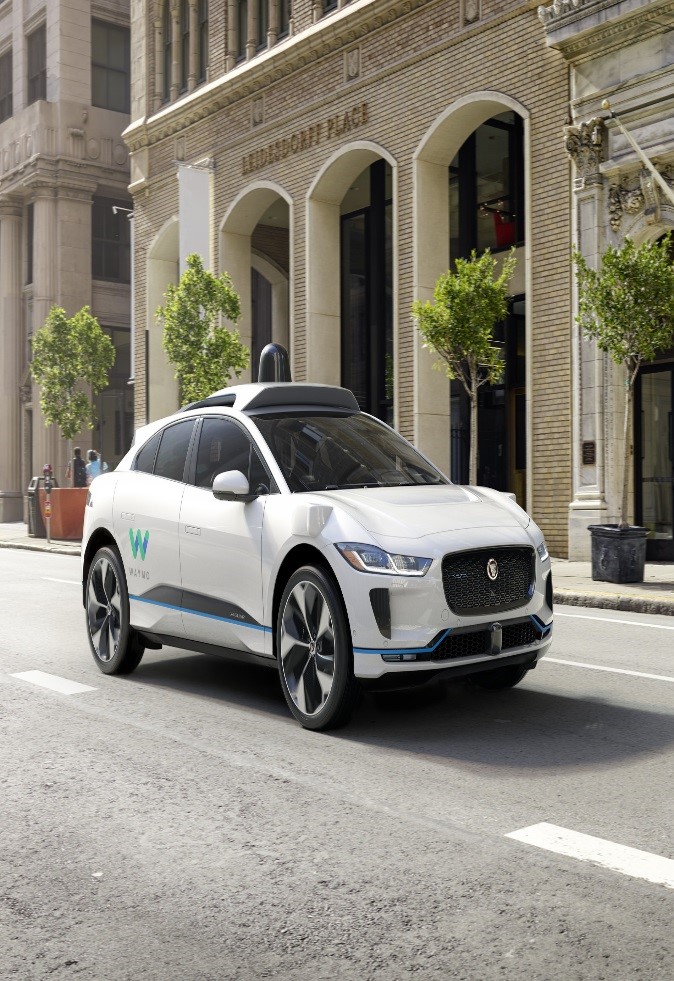 In California, which requires the reporting of crashes, the cars in autonomous mode are crashing nine or 10 times more often than the conventional cars. Will they solve a lot of that? Yes, they're going to. They could solve a lot of the safety problems in the next few years. Everybody could have automatic braking. Everybody could have a lane control protections and could have a blind spot monitoring and other safety features.

So far, the track record is not very good with autonomous vehicles. They can't figure out what a pedestrian is or [what] a pedestrian is going to do. They can't separate a child from a dog. Sometimes a tree branch overhanging the road will be taken as something in the way. So, you know, we're far from perfecting. They work perfectly without human beings, without people [when] there's nothing in the roadway that's getting in their way. ...

There are times that they'll have a false reading or they will still say, "I think this is a person," and this is what happened with the Uber crash in Tempe, Ariz., that killed a woman. The woman was walking with a bicycle. So you would think a.) it would would recognize the woman and, 2.), it would also recognize a bicycle. But the system said, "I'm not sure what this is it doesn't look right to me. So I don't want to stop suddenly because that also contributes to crashes. I'm going to plow right ahead." And it plowed right ahead and killed her. 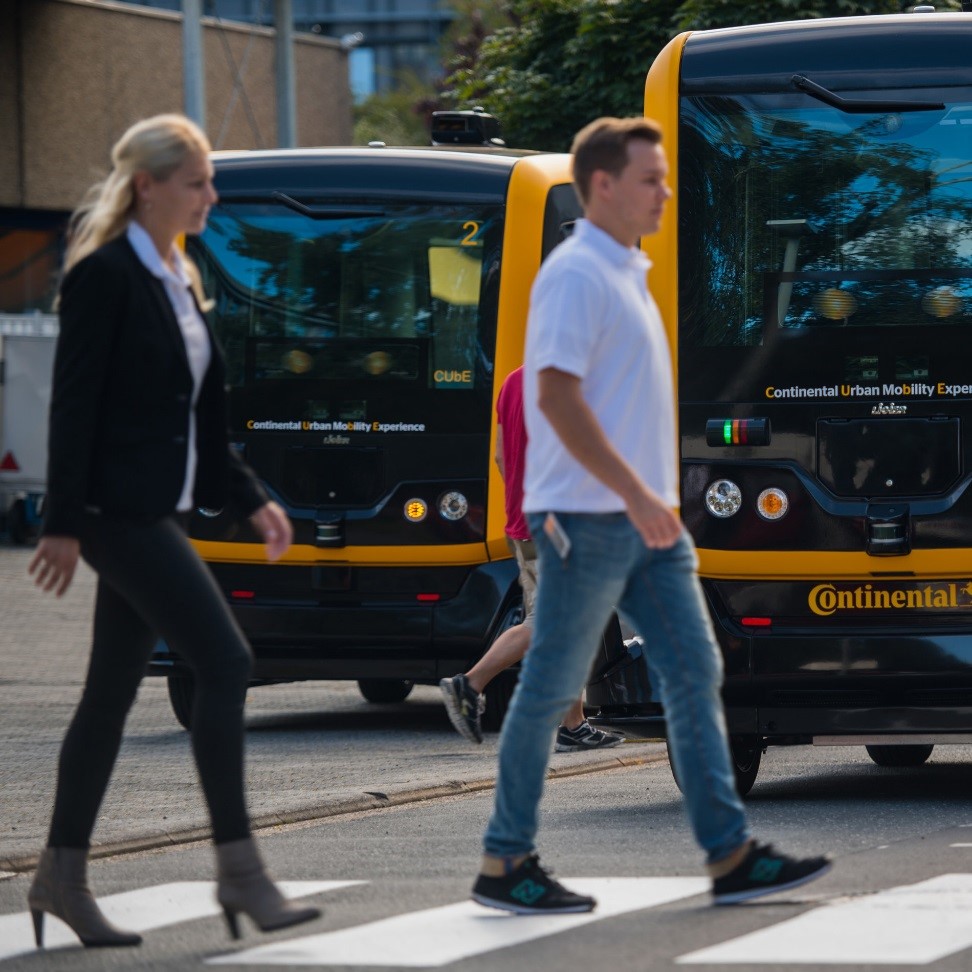 Should Self Driving Cars Have Ethics?