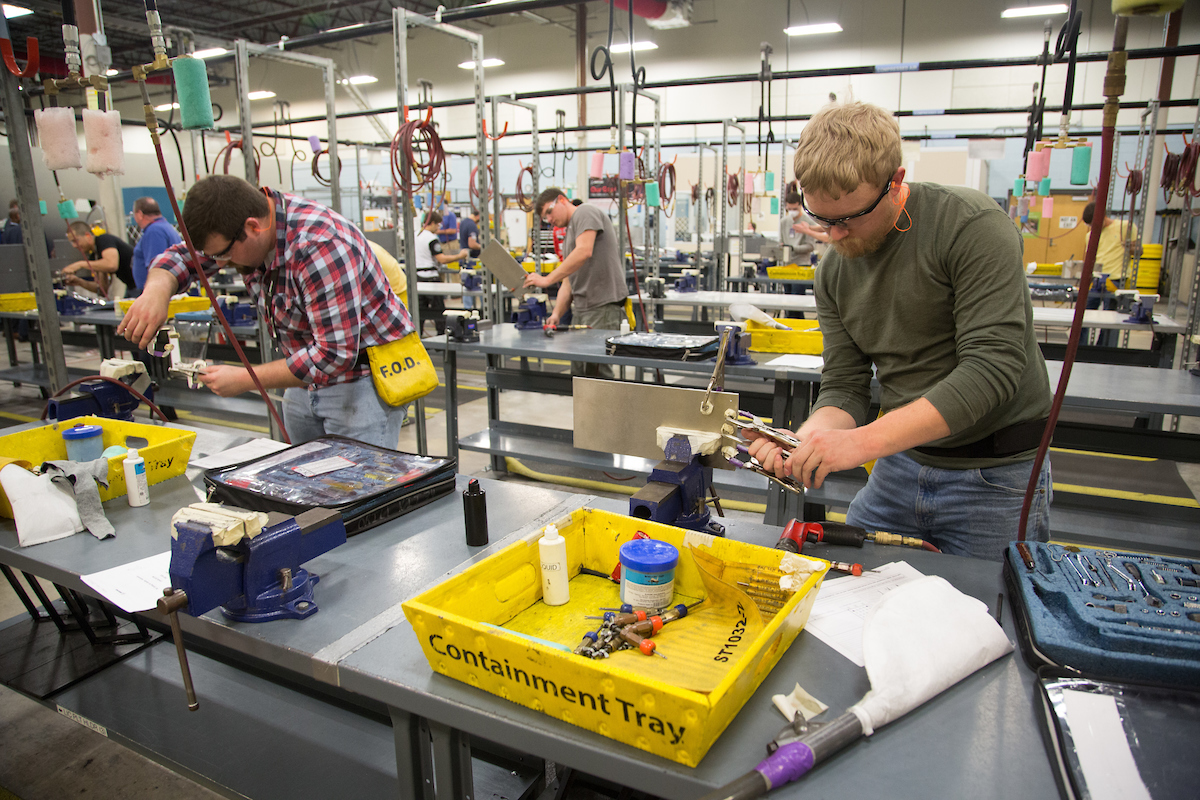 The Bureau of Labor Statistics said that manufacturers added 24,000 workers in April, extending the 22,000 gain seen in March. It was the seventh consecutive month with robust growth in hiring in the sector, averaging 26,571 per month over that time frame. As such, the latest jobs numbers confirm that the labor market has tightened significantly, with manufacturers increasing employment by a rather robust 19,000 per month on average since the end of 2016. That is quite a turnaround from the sluggish job growth experienced in 2016, and it is a sign that firms have continued to accelerate their hiring as the economic outlook has strengthened and demand and production have improved considerably.

Today’s report is very encouraging. Strong job growth in April shows that economic confidence remains high in the wake of historic, pro-growth tax reform. Moreover, manufacturers continue to invest, raise wages and hire more workers as they expand their businesses and plan for the future. Congress and the president delivered on their promises, and now manufacturers, through our “Keeping Our Promise” campaign, are showing how we are delivering on ours.

Along those lines, average weekly earnings for production and nonsupervisory employees in the manufacturing sector rose from $901.39 in March to $907.78 in April. That translated into a whopping 4.2 percent increase over the past 12 months, up from $871.10 in April 2017, which further illustrates the strength of the labor market right now.

Despite the healthy increase in employment in manufacturing, nonfarm payrolls were up by just 164,000 in April. While this represented an improvement from the gain of 135,000 in March, it was below the consensus estimate of around 190,000. Meanwhile, the unemployment rate dropped to 3.9 percent in April and continued to be the lowest level since December 2000. In addition, the so-called “real” unemployment rate, which includes discouraged, other “marginally attached” workers, fell from 8.0 percent to 7.8 percent, the lowest level since July 2001.

About the Author: Chad Moutray is chief economist for the National Association of Manufacturers (NAM) and the Director of the Center for Manufacturing Research for The Manufacturing Institute, where he serves as the NAM’s economic forecaster and spokesperson on economic issues. He frequently comments on current economic conditions for manufacturers through professional presentations and media interviews. He has appeared on Bloomberg, CNBC, C-SPAN, Fox Business and Fox News, among other news outlets.